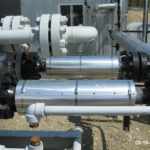 Yangarra Resources Inc. was initially formed in 1985 as Ayrex Resources Ltd., which was created as a mining venture. Over the next 15 years, Ayrex was involved in mining and oil and gas ventures, with Tandem Resources and Stan Hawkins as the eventual controlling shareholder. In late 2000, Jim Evaskevich (President) and Gordon Bowerman (Director) bought the control block of Ayrex from Tandem and took over the operations of the company.